Moooove Away From Beef and Cheese 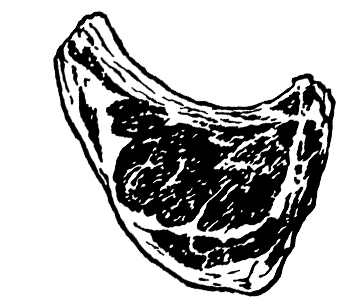 While all livestock have a carbon footprint, ruminant animals (cattle, goats, sheep, bison) release the most greenhouse gas emissions by far. Ruminants have a unique digestive system that constantly generates methane, a greenhouse gas that’s 20 to 25 times more powerful than carbon dioxide. Meat is also associated with greenhouse emissions thanks to the production of crops used for animal feed, its dependence on water, as well as deforestation and land use issues.

Most people are. Milk comes from methane-producing cows, and it takes approximately 10 pounds of milk to make 1 pound of cheese. Learn more here.

What About Grass Fed?

All beef, cheese, and dairy are high carbon foods, regardless of whether they’re pasture- or feedlot-raised. (There are other good reasons to choose pasture-raised beef, as it offers some mitigating factors, but still — the less, the better, as far as the climate is concerned.)

What Can You Do

Eat more vegetable-based proteins, whether by having meat take a back seat or merely passing it up sometimes. According to the Environmental Working Groups Meat Eaters Guide, if all Americans skipped meat and cheese just one day a week and replaced them with a vegetable-based protein, it would be the equivalent of driving 91 billion miles less, or taking 7.6 million cars off the road.
If you’re craving animal protein, opt for a non-ruminant version like chicken, turkey, or pork.

Bon Appétit has committed to continuing to shift the proteins we serve from animal- to plant-based sources. We have set specific ounces-per-guest-per-meal targets and launched detailed reporting on this and other metrics for every company location to ensure accountability. Chefs are receiving training on moving their menus away from beef and cheese, offering specifically defined reasonable portions of any animal protein (less than or equal to those of the U.S. Dietary Guidelines), and techniques to emphasize plant-based proteins.